Bill Stewart grew up in Des Moines, Iowa listening to his parents' jazz and rhythm and blues records without much exposure to live jazz in the then relatively isolated state of Iowa. His father was a trombonist, and his first and middle names are a tribute to jazz trombonist Bill Harris. Mostly self-taught, Bill began playing at the age of seven (he was born on October 18, 1966). While in high school, he played in a Top 40 cover band and the school orchestra, and went to a summer music camp at Stanford Jazz Workshop, where he met jazz legend Dizzy Gillespie. After high school graduation, Bill attended the University of Northern Iowa in Cedar Falls, Iowa, playing in the jazz and marching bands as well as the orchestra. He then transferred to William Paterson University (known then as William Paterson College), where he played in ensembles directed by Rufus Reid, studied drums with Eliot Zigmund and Horacee Arnold and took composition lessons from Dave Samuels. 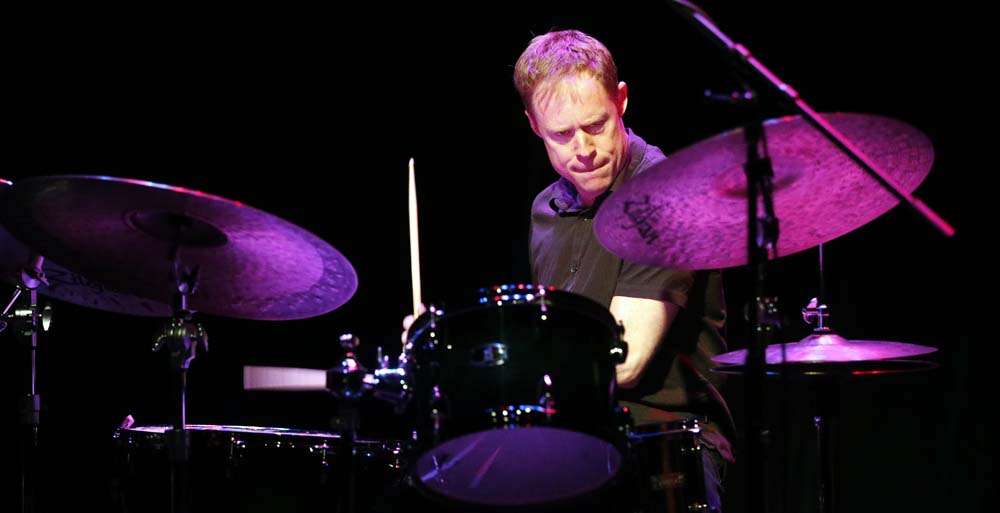 The young drummer met future employer Joe Lovano while still in college (the two played duets in lieu of a drum lesson when Zigmund was away). Stewart also made his first recordings, with saxophonist Scott Kreitzer, and pianist Armen Donelian, while still in school, and with pianist Franck Amsallem (and Gary Peacock on bass) shortly thereafter, in 1990.

After college, Bill Stewart moved to New York where he quickly built his reputation, first gaining wider recognition in John Scofield's quartet and in a trio with Larry Goldings and Peter Bernstein, which has become the longest-running group Stewart has played with, having begun in 1989 and continuing to the present day. Stewart's musical horizons expanded when funk saxophonist Maceo Parker tapped the budding drummer upon seeing him with Larry Goldings at a regular gig at a club in Manhattan. Stewart worked with Parker from 1990 to 1991, touring and recording on three of Parker's albums. The association led to Stewart's gig with James Brown, who told Stewart that there "Ain't no funk in Iowa!" upon learning the drummer's roots.

Another close associate is pianist Kevin Hays, with whom he performs, along with fellow WPC graduate, bassist Doug Weiss. The Kevin Hays trio has recorded five CDs and toured internationally. Musical associations with Lee Konitz, Michael Brecker, Pat Metheny and many other notable jazz musicians have followed.